Germany has a very rich culture. Its language, traditions, and people make the culture unique. Moreover, Germany has played a crucial role in European history. Additionally, Germany is well known due to the place of thinkers and poets.

The culture of Germany has been molded throughout history as a crucial portion of The Holy Roman Empire. And later, it has been enriched because of the stable economy it had.

Germany has approximately 82.3 million citizens which include Germans and the minority people from different cultures of the world. This makes Germany a metropolitan country in which people with different cultural backgrounds live together in harmony.

In the following article, our team has written about German Culture, fashion, attractions, cuisines, religion practices, arts, architecture, sports and celebration days in Germany. German culture is very unique as it roots back to the starting of the first millennium. Since then the culture has gained different traits through the course of history also shaping the history of Europe.

Germany is the name given by English speaking countries, but Germans call their country Deutschland. Moreover, in Latin, it is called Germania and in Turkish and French it is called Almanya, and l’Allemagne.

Germany’s main cities are Hamburg, Berlin, Munich, and Cologne. However, the capital city of Germany is Berlin. Christianity is the main religion in Germany and German is the official language. Moreover, as per the calculated estimation women have more life expectancy in Germany as their average age is 83 years as compared to men who have 79 years of life expectancy.

Apart from this, Germans are known to drink too much beer and are very punctual and hardworking which is very much true. Moreover, it is also estimated that the unemployment rate quite low in Germany because of which people get attracted to the country from all over the world.

Which language is most spoken in Germany?

It is estimated that 95% of the people in Germany speak German Language whether it is a dialect or standard German. However, in Germany, there are a total of four minority languages to date. These languages include lower and upper Danish, Romani, Sorbian, and North and Saterland Frisian.

Moreover, as a result of a large number of immigrants, there are many other different types of languages that minorities in Germany speak such as Russian, Greek, Turkish, Kurdish, Polish, Albanian, etc.

How many Languages are Spoken in Germany

Nowadays, German people usually wear western dresses. For business purposes, females and males wear simple suits with shirts in dark colors. However, every region has its traditional costume which differs from each other. For example, men in Bavaria wear leather trousers that are short (above the knee) and women wear a dress having a blouse, bodice, apron and a full skirt. Moreover, you can observe people wearing this kind of costumes during festivals or carnivals.

Germany has a large percentage of people who are Christians accounting for nearly 70% of citizens from which 29% of the people are Catholics. Moreover, the Muslim minority also lives in Germany which accounts for 4.4% of total people. However, in Germany, 36% of people do not have any religion.

Symbols in German culture have changed since medieval times due to the change of events. For example, the eagle symbol was also one of the symbols of the Holy Roman Empire which was later used by two separate states in 1886 after the victory of Prussia’s over Austria. Additionally, Martin Luther and other popular people of those times such as Johann Wolfgang Goethe and Johann Gottfried von Herder are very important symbols in German culture. However, the most important symbol in Germany is the red, gold and black flag.

Worth of German Literature

Germany is considered a leading nation due to its large number of readership base. German publishers are known to publish 94 thousand books every year. Moreover, the Frankfurt international book fair is extremely popular worldwide and it is held each year in Germany. However, the first book and magazine were also published in Germany.

According to the recent statistics by Allensbach Media Market Analysis, we have come to know that 44.5% of German people give a reading to the book once in a week. Moreover, 58.4% of people buy a book once a year.

Famous philosophers are known to be Germans such as Immanuel Kant who is a prominent figure in the philosophy’s history. Moreover, Schopenhauer and Nietzsche were also German philosophers were living in Germany throughout their lives. On the contrary, Marx, and Engels were the communist theory developers from German origin.

Germans are known to drink too much beer, eating sausages and consuming bread of many different tastes. According to one survey, on the basis of an estimate, Germans drink beer (145 liters) every year. Moreover, in 2012 German residents drank beer of 2.3 gallons which is still the bottom level of beer consumption after 1990. However, after Czech, Germany is on the top spot for worldwide beer consumption statistics.

Sausages are also known as Wurst, that are served with almost all of the German cuisine selections. They are mostly made of veal, pork, or beef and are flavored with different ingredients. Apart from sausages, bread is an important part of German cuisine. There are different kinds of bread available in the market with a variety of tastes options, names, shapes, and textures.

Furthermore, German cuisine also has a variety of traditional vegan and vegetarian dishes. So, you will find a large number of food options to choose from in Germany.

What kind of music is famous in Germany?

World’s popular classical composers known as Beethoven and Bach belong to Germany. They are known for the music transition between romantic and classical to classical western music. Moreover, other popular composers such as Schubert, Handel, Brahms, Orff, Telemann, etc were also from Germany.

Nowadays, Germany hosts many festivals of music ranging from rock and roll to hip-hop music. Moreover, the Rock am Ring festival is the largest music festival in the world which attracts thousands of people globally, and this festival is also held every year in Germany.

Additionally, the opera houses are among the top attractions for tourists in Germany.

Germany has a very rich history which is evident from its diverse and rich culture. It has many palaces, cathedrals, castles and different monuments that conveys the historical stories of German origin. Moreover, the roman bridges, spas, and Amphitheaters are the fragment of ancient civilization and architecture in Germany. Additionally, you can also see the Pre-Romanesque architecture churches in Germany such as Abbey Church of Saint Michael’s which was made in the tenth century. However, in the period of Romanesque many cathedrals were built that are still open to its tourists to date.

Furthermore, many cathedrals were constructed in Gothic times including The Cologne Cathedral. On the other hand, palaces and castles such as the ducal Landshut Residence or Heidelberg castle were built in the 15th and 17th centuries and can still be seen today.

Talking about the 18th century, Baroque architecture came to Germany and many buildings were made during that era which has survived until today. These buildings include Augustusburg Castle and Wurzburg Residence, which are also a great tourist attraction.

The buildings like the Schwerin Palace, Semper Opera in Dresden and the Ulm Cathedral belong to medieval architecture. However, Germany also has modern architecture buildings such as Einstein Tower, the Gliwice Radio Tower, and Berlin Modernism Housing Estates.

The people of Germany have played an important part in the shaping and development of western art. This western art includes Carolingian art, Ottonian art, and Celtic art.

In Europe and Germany, Gothic style paintings and sculptures were very popular. Moreover, the 15th century was full of designing of altarpieces. German artists from various generations have shown their techniques and skills in Rococo, Neoclassicism and Baroque style. Additionally, Romanticism is also famous in German art.

Some popular paintings in German art are “Wanderer above the Sea of Fog”, by Caspar David Friedrich, “The Sin” by Franz Stuck, “Heller Altarpiece” by Albrecht Dürer and Matthias Grünewald, etc.

Germans enjoy the colors of their lives in their own way and this is also depicted by the extensively attended festivals and carnivals by Germans. These are the joyful periods for people as they engage themselves in different celebrations and fun activities. However, Catholicism history is highly depicted in their carnivals and in recent times Germans celebrate these carnivals in the form of street parades in which people wear masks and costumes.

Weddings in Germany are a special event and are very joyful. According to the tradition in Germany, the bride carries salt and bread with her as a good omen for the harvest of food at the wedding. However, the other side is quite different, as the groom carries grain for wealth and good luck.

How Funerals are done in Germany?

Funerals are the way of giving respect to the past by their loved one’s ones all over the world. In Germany, a funeral usually lasts for up to 4 days after the person dies. Friends and relatives pay their condolences to the affected family. Moreover, on the first-day ministrants and priests wear violet and black color robes.

Before burying the body, the priest sprinkles the holy water on the coffin and say requiem. Later, the bells ring and mourners bring the coffin to thw place of its cemetery in order to hand in the body into the grave. Lastly, the priest says a short prayer, gives a short speech, and loved ones say their goodbye to the coffin and cover it with soil.

What kind of Sports are popular in Germany?

According to one estimate, the different sports clubs have 27 million Germans members. Whereas, 12 million people pursue sports as an individual activity. Moreover, The Bundesliga attracts the second-largest attendance as compared to any of the league in the world. Additionally, the German football team is one of the strongest and has won 4 world cups in total so far.

During the FIFA WorldCup and UEFA Champions League, large screens are placed in the bar cafes, city squares, and restaurants. People of every age gather there to see matches while eating meals and drinking beer.

Germans are considered as Caring People and Caring Nation

You may heard of this that Germans care to allot for each other. For example, if you lost an item you may find it hanging on the tree. So, whenever you are in a park or near some tree and find a thing hanging on its branch, know that it is someone’s lost item. This also makes it easier for the owner to trace back his lost thing.

Tags
and Traditions Customs German Life style Germany Culture: Facts Germany traditions how is it like living in Germany life in Germany Which language is most spoken in Germany? 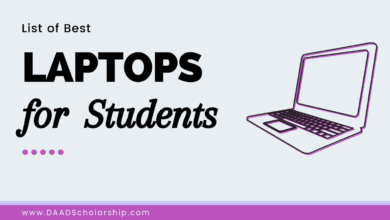 10 Best Laptops Suitable for Students in 2023 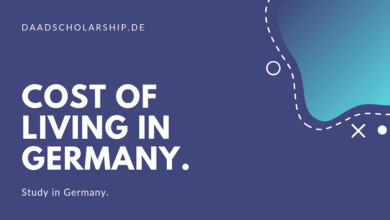 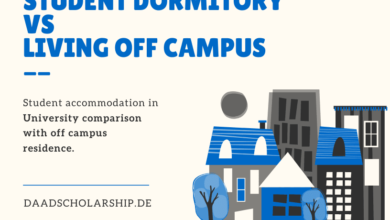 University Dormitory VS Off Campus Accommodation in Berlin