Germany is a country with long history, rich culture, and a vibrant lifestyle. A 1000 years back Leipzig was Saxon metropolis and its vitality has continued till today. It was a small town in the beginning but later it became a cultural and business hub with grace. Moreover, the city is not only known for its regional influence and mesmerizing beauty but also for German heroes, music, and commerce.

Leipzig was a very economically stable city and was a hub of trade, banking, and industries. It was a center of manufacturing and heavy industries such as machines and automobiles, textiles, electrical and chemical products. But the city experienced a great downfall during World War II especially when a wall of Berlin fell. However, later on, the city gained its strength again and nowadays it has major engineering and construction industries operating in it.

Different multinational companies such as Amazon, BMW, DHL, and Porsche operate in the Leipzig. These companies have made the life of people in Leipzig easier by different means. Firstly, they have made business profitable and attractive by bringing cosmopolitan flair to the city. Secondly, they have employed a lot of people in the city helping them to run their families. Furthermore, Leipzig has been updated with new roads, airport and rail links which have helped the city in its economic development. However, this is the main reason the population of the city has increased by 10% in recent years.

Cultural and Architectural Beauty in Leipzig

Leipzig is rich in architecture and it is worth exploring. It has a lot of historical buildings depicting their historical significance. The buildings in Leipzig have old baroque style architecture making it worth watching for art lovers. Moreover, because of its great architecture and art, it has attracted a number of artists composers, musicians, and scholars from all over the world.

People of Leipzig have treasured and promoted the art of their city by different means. Such as they have always been committed to appreciate and collect art. They have exhibited popular pieces of art so that more people get attracted to it. Today the culture Leipzig have is all because of those people who have contributed tirelessly in promoting its art and design to the world.

Music and Writing History of Leipzig

Leipzig is also known for its music because it has produced great musicians in history whose work forms the basis of modern music today. The world’s greatest composer named Johan Sebastian Bach spent his early days of music composing in the streets of Leipzig. Similarly, many other musicians such as Felix Mendelssohn Bartholdy, Richard Wagner, and Robert Schumann also spent their time in Leipzig performing and making music. However, Leipzig has still maintained its class and still nourish people with opera and music.

Some of the greatest writers have also been the part of Leipzig history such as Schiller, Goethe, Nietzsche and Lessing nourishing the minds of people. Additionally, Leipzig has a LOFT which is a venue for avant-garde experimental performances for people who have an expressive approach to the art.

The industrial era of Leipzig holds very great importance in its history and culture. Moreover, the remarkable achievements of this era are showcased in the technology center known as GaraGe.

In Leipzig there are theaters that exhibit its culture in the German language to people so, they may know about their rich history. For example, the Theater der Jungen Welt stages remarkable performances for children and young person’s on different cultural aspects as they are the guardians of culture.

Most Popular Attractions in Leipzig

has a vivid lifestyle and one can never get bored in the city. It has a lot of attractions which attract people from around the world. When in Leipzig you can always enjoy a night at the opera, watch some play in the theatre or visit a classical concert. Moreover, you can always have good food in Leipzig with your colleagues or family as there are a number of places in the city. Currently, there are 1200 restaurants, bars, and pubs in the city providing you with a lot of variety to choose from. Furthermore, jazz bars provide you with a more ambient environment where you can have an expensive wine and chitchat. However, if you’re an art lover and want a more intimate environment then you can always visit galleries or different cultural centers to give pleasure to your eyes and meet new people.

If you’re a person who loves sports and nature then there are many venues in Leipzig where you can find peace of mind. Such as rivers, lakes, golf courts, and canals.

Flea market in Leipzig provides people with the opportunity to furnish their houses. Especially to the students who have just got settled in the city and need furniture to furnish their new apartments.

Moving around in the city of Leipzig is very easy as it offers excellent public transportation facilities. Moreover, biking is very popular among people of Leipzig as it is beneficial for health and mind, and also saves you money.

Lastly, the nightlife is very colorful in Leipzig. It offers people with open-air concerts, cultural events or clubbing in the basement, etc. It all depends upon the mood and how someone wants to enjoy studying in Universities in Leipzig. Leipzig was well known in history as the cradle of Germans and the city of music. In historical times it was considered an honor to study in Leipzig. Especially, if your German language skills were of the level that you could understand the concepts of popular German artists and philosophers.

Nowadays, Leipzig has a number of different universities and people from the world come to the city to get a quality education.

The University of Leipzig is a popular choice among students as there are more than 30,000 students enrolled in 14 different departments. Among its alumni, it has popular names such as poet Goethe, German Chancellor Angela Merkel, and philosopher Friedrich Nietzsche. Moreover, the university is popular among students because it has produced Nobel prize winners in different fields such as in chemistry and physics. Furthermore, the psychology department of the University of Leipzig is well known in Germany and all around the world.

It is one of the great visual arts school in Germany and the world. The artists’ work from the Academy of Visual Arts Leipzig varies in style, content, quality, and style. Moreover, the painters trained by the academy share a technical skill, a predilection for dry-eyed and a devotion to figurative art.

It was the first music school in Germany and was founded in 1843. Students can get enrolled in the teacher or artistic training in all kinds of orchestral instruments. In classes, students are taught piano chamber music, composition, pop, jazz, orchestral conducting, church music, etc. Additionally, there is also a drama department in the university which offers a dramaturgy and acting course offering undergraduate and graduate degrees.

The university offers courses in different subjects ranging from cultural sciences to engineering sciences. It has a strong reputation in media technologies, IT/communications, and construction science covering civil engineering, industrial engineering, and architecture. However, these courses are offered to students because of Leipzig’s strengths in book publishing, book printing, commerce, media, and services industries.

Leipzig is relatively cheaper than other metropolises in Germany. It is estimated that you can survive on a moderate budget. If you spend your money carefully then you can surely survive in 1000 euros per month including utilities and rent.

Being a student, you don’t need to provide tuition fees to universities. However, there are some charges that you are bound to pay for free public transportation and student services provided by the university. This amount is only 193.5 euros which is very affordable and you can pay it very easily. Apart from this if you’re a new student then you have to pay an additional 10 euros for student ID. Additionally, you are also obliged to pay a fee of 50-80 euros per year for health insurance.

Accommodations in the dorms are cheap. But there are students who want to live in private accommodations. Anyhow, the prices of accommodations vary with a place to place.  An apartment with one bedroom in the city center usually costs 400€ but in peripheral areas, you can get the apartment in 250-300 euros.

If you like sharing the place then you can have an apartment of three-bedroom in the city center of around 900€. Or you can have 550€ apartment in peripheral areas.

Following are some prices of food items for daily use in Leipzig:

However, a local beer cost 4 euros from a restaurant but the same beer will cost 1 euro if bought from the market. Similarly, if you smoke, then a pack of cigarettes costs 5 euros only.

If you’re a freak of fitness, then you can have the membership from the fitness centers. The membership is monthly and costs 30-40€.  Additionally, fun activities are also not expensive if done at rare occasions. For example, the movie ticket costs only 8€. If you see the clothing prices, then they vary from brand to brand and the budget of yours.

Things to See in The City of Leipzig

Things that can be done in Leipzig City 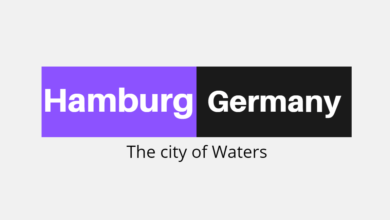 Life in Hamburg, Top Attractions and Things to do