Aachen is the city in Germany which lies at the border of Netherlands and Belgium. It is well known due to its history as it had been a prominent city in medieval times. Moreover, being the capital of the Roman Empire, Aachen was also the home to many kings.

The Aachen city became the center of attention by Romans when they discovered its natural beauty and the things it offered. Such as, it has hot springs rich in sulfur and sodium which provide great health benefits. The city’s historical influence rose when Franks invaded it, guided by Charlemagne, son of Pippin who loved bathing and swimming in the Aachen’s hot springs. Later, Charlemagne settled permanently at Aachen and constructed an old Baroque style Palatine Chapel where he used to deal with all the religious, political and administrative affairs. Moreover, King Otto was also crowned in Aachen, who was the first king of Germans who knew how to speak the proper German language. In total 30 German kings generations were crowned in the chapel.

The Aachen city is full of history as it has maintained the ancient architecture. In the center of the city especially in the old town, there are old walls and buildings in the old Byzantine and Roman-style also known as the Baroque style. Moreover, the city has a very charming atmosphere as it has churches, fountains, alleys and different historical museums that allow you to cherish your eyes by looking at these historical masterpieces.

However, it suffered a lot of destruction during world war II which also caused destruction to its historical places. But later on, the gateways, monuments, medieval walls, and fountains were repaired to keep the historical perspective of the city alive and provide the tourists with mesmerizing sights.

Aachen’s geographical position is perfect for different communications with other cities in Europe. Through Aachen, you can reach nearly 165 million customers around the area. This is because a cross-frontier industrial zone known as Avantis is located between the Heerlen (a Dutch city) and Aachen which provides its inhabitants with prosperous activities.

In recent days it has become a high tech city as it is popular for engineering and mechanical business. Different companies operate in the Aachen such as light bulbs companies like Philips, Ford Research Center, Landscape, Continental AG and pharmaceutical companies like Grünenthal.

The city is famous for its landscapes because of its Eifel volcanic territory with Hohes Venn. Which is the highest peak in the city providing nature lovers with hiking activities?

There are different theaters in Aachen such as Grenzland and Municipal Theatre which provide the people with brilliant performances. Moreover, different international artists provide their wok at different museums and galleries all over the city. Furthermore, the city offers a lot of fun activities which attract a lot of people around the world. These activities include Carnival ‘Wilder den Tierischen Ernst’s, cultural summer events, charming Christmas markets, International Show Jumping Championships and the Rur Lake in flames.

Additionally, you may be interested in reading about top universities and life in Aachen city. Aachen city attracts people because of its old stories and history. The city’s tradition and legacy have been well preserved by the government to keep attracting tourists all around the world. 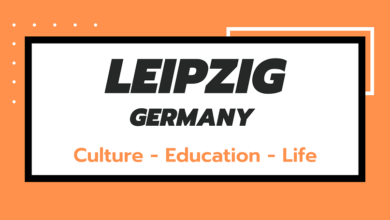